IF YOU SEE ME, Linda’s 17th solo recording, is a collection of songs from Broadway and The Great American Songbook. Many of the selections were chosen from a huge list submitted by her fans after Linda requested suggestions on her social media sites. These classic well known melodies have been arranged by Billy Jay Stein and Kim Scharnberg with swinging big bands and lush orchestrations. In addition, there is a new Frank Wildhorn melody with lyrics by Robin Lerner. The final cut on the CD is an original song written by Linda and her son, Jake Wildhorn. A budding singer/songwriter, Jake is following in the footsteps of his parents. With music by Jake and lyrics by Linda, the song “If You See Me” became the title track.

THE OTHER SIDE, a three hour long DVD, gives fans a rare and intimate glimpse into Linda’s life behind the scenes at home and at work. It is an unvarnished look into the life of a “Country Girl” who sings. Compiled from footage shot almost entirely by Linda herself and with the assistance of some good friends, it was filmed over the course of three years. It also contains three of Linda’s original songs. “I started filming in my car one day and the idea was born. I edited together some of the clips and then I just kept on filming….”

To Order IF YOU SEE ME and THE OTHER SIDE, please click HERE.

AN INTERVIEW WITH LINDA

Very exciting things are happening for Linda and she is thrilled to share all of them with her fans! She has a newly designed website in conjunction with the release of her 17th solo CD and a DVD that will give you a peek behind the scenes with her at home and at work.

It’s been quite some time since we last sat down with you for an interview, but we thought this was a perfect time to do it. You’re getting ready to release your 17th solo CD as well as a DVD focusing on your life

when you are away from the public eye both at work and at home. There is so much the fans will be interested in learning about these two projects as well as what else you’ve been up to since we last spoke.

“Not everyone is a natural singer.  But everyone can be a better singer.” – Linda Eder

One of Linda’s greatest passions is working one-on-one with others to share her gift of song and help to significantly enhance the instrument of her private students.

From small group Master Classes in which she partners with venues and fine institutions to private student coaching in person or online, Linda’s ability to translate technique, passion and real-world application is unique, down-to-earth and instantly applicable.

For more information, please send an email with what you are looking for by clicking the button below. 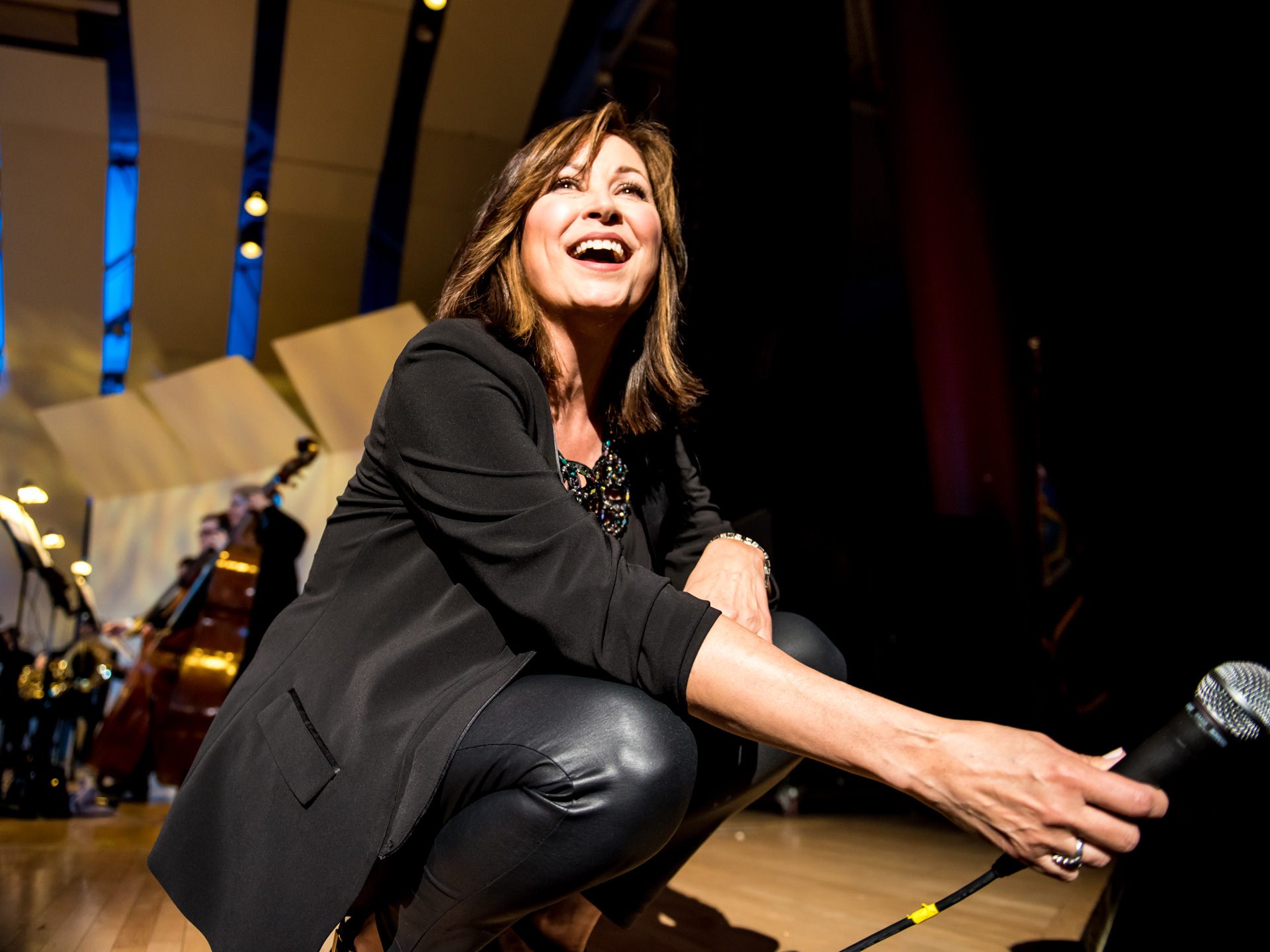 Want to bring Linda to your venue or have a management inquiry? We’d love to hear from you.  Linda is represented by Dave Hart. Please fill out the form below and Dave or his team will be in touch.